After the Diet - Nathan 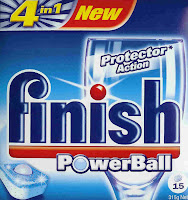 Thirty days is a long time, really. Long enough to develop some habits, anyway. Today, I'm doing something similar to what I think I'll be doing for a while:

Breakfast: I had an orange and banana smoothie.
Lunch: I picked up some organic black beans and made burritos with tomatoes, onions, and some suprisingly good sprouted wheat tortillas that Kelly picked up at the co-op.
A deputy observed me cutting up my tomatoes and said, "That looks like way too much work." But it feels natural now to actually sit down and put in the work of making a healthy lunch . And yeah, the beans aren't raw, but they're good for me, and I've got this inclination now that I shouldn't ruin a good thing.

Dinner: Who knows. I'll probably just make some more burrittos.
Reflecting on Everything:

As I said above, I've got a sense now that my body's a good place to be, and it feels unnatural to dump garbage into it. Right now, a plate of gooey brownies looks to me like a director of low-budget pornography looks to a puritanical virgin. I know, because I walked by some today (brownies, not characters out of an adult time-travel fantasy film).
Overall, I see the raw food diet as a good transition, but not a lifestyle I want to embrace 100%. I'll continue to have the raw breakfast, and stick as much as I can to elements of a raw lunch. Dinner's probably always going to involve fire, but I'll be burning mushrooms and broccoli instead of cheese-filled sausages and pizzas. Don't get me wrong, I'll eat the nachos and pizzas when I'm out with friends now and then. I'd hate to be rude, obviously.

I haven't performed a final weigh-in, but I've lost in the ballpark of sixteen pounds. I feel lighter on my feet, better about myself aesthetically, and I've got a hunch that it's probably good that I've purged myself of a lot of the synthetic junk I was spraying on my organs for years.
My grandfather lived to be 96 years old, and he ate a lot of bacon. But he was around when food was simpler, less processed, and when whole foods were not just a healthy thing to eat, but an economical thing to eat - back when you grew things and weren't swallowed up in the modern rush of commuting and living. I've taken comfort in his love for bacon and longevity probably too much, telling Kelly that diet doesn't really matter, and that life is a roll of diet-neutral dice in the long run. 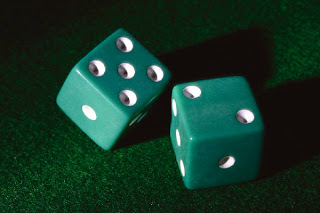 I'll concede this to her now: We live in a different world, and I like the idea of separating myself from some of the modern chemicals we've been unfortunate to discover and apply. I have such little confidence that modern, mass food production is made with my body's best interests in mind that I'd rather depend on it as little as possible.

We will continue to experiment with raw food, but I look forward to the next stage, as I integrate healthy and organic cooked foods into raw recipes in order to create meals that are better tailored to my needs and tastes. I've remained wary of not getting enough protein intake over the last month, so I'll feel more comfortable participating in strenuous workouts now that I can supplement my diet with other protein sources.
That's all for now. The next curiosity is whether a transitional diet can maintain the health benefits I've enjoyed, in the long run. I'll let you know.
-Nathan 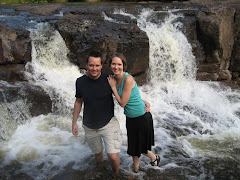